You should better bring at least some of your money (€, $) for your trip, in cash. However paying with credit cards works in Tana and in better hotels, so can be used as supplementary.
Cash machines accepting Visa and Master Cards can be found at the airport and at all bank agencies. However low limits like 100 € may apply per try and /or per day. 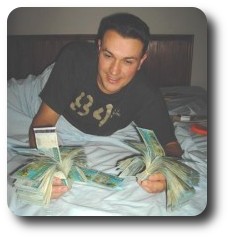 Two banks and several money changers are open upon arrival of international flights at the airport Ivato. 50 € bills and above give you the best exchange rate.
Amounts of up top 400.000 Ariary can now be im- and exported. Amounts from 7500 € upward have to be declared upon arrival.
The currency on Madagascar is called Ariary. 1 Ariary is worth 5 FMG (Franc Malagasy), former labeling. The FMG has never been fully accepted on the village level. With the arrival of the € (in the € zone), the new government regarded the FMG as displaced. From January 1st, 2005 onward, only Ariary's are used. But even in 2017, your hear many people quoting rates in FMG. This means, if you do not understand that, you risk to pay five times too much.
There are coins for 1, 5, 10, 20 FMG, and for 5, 10, 20 and 50 Ariary.
Here you can check the daily rate of the Ariary.
On this map you can find places with BNI cash machines, here are those from BFV.
In 2017, the issue of a 20.000 A bill has been announced, valued at almost 6 €, then becoming the highest denomination.
On this page presented by the Central Bank of Madagscar, you can have a look at currently used bills.